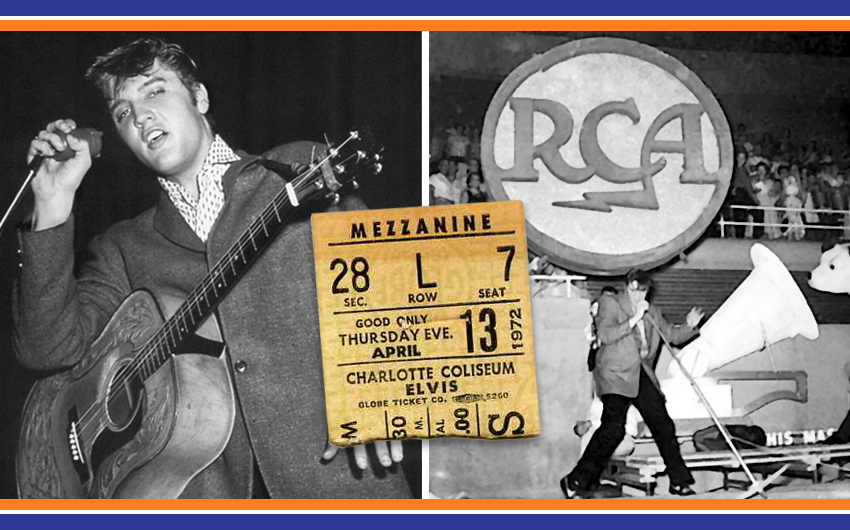 On this the 38th anniversary of Elvis Presley’s death, the Crockett Foundation would be remiss if we didn’t take a quick trip down memory lane. One of the corner stone’s of Jim Crockett Promotions for approximately 20 years was concert promotions. Jim Crockett, Sr. brought Elvis to Charlotte for a press tour in February 1956. The scared kid chewed on his nails as he answered questions from Big Jim and reporters. Jim liked the kid. He was just a shy country boy from humble beginnings just like Jim had been.

Elvis’ first visit to Charlotte was followed by his first concert there on June 26, 1956. Surrounded by all the controversy of that time, in particular his dance moves, the concert was a success. Jim Crockett Promotions continued to promote Elvis’ shows until his final concert in Charlotte in 1977.

That final concert appearance was bitter sweet for the Crockett Family. As much as they admired Elvis’ success over the years, it was obvious that something had gone horribly wrong. The sparkle was no longer in those eyes. It wasn’t a shock that Elvis died just months later but it was sad for Jim Crockett Promotions and the Crockett Family none the less.

So we here at the Crockett Foundation would like to take a moment to today to honor the King of Rock and Roll.