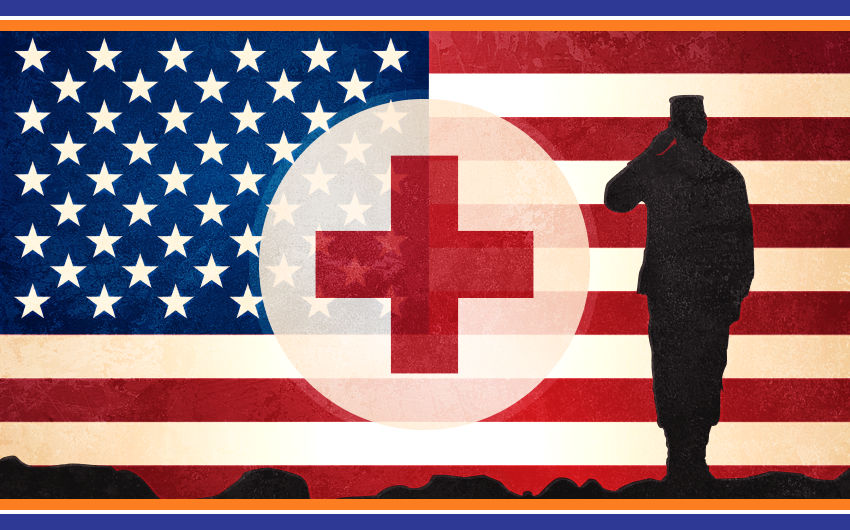 First off, I am not a Clinical Psychologist, nor do I have any Medical training. But I am a Military Retiree with over 20 years of service. PTSD has become a common acronym these days when talking about veterans, especially those who have been in combat. But what about the mental health of veterans in general?

In some cases it is easy to see a veteran who suffers from PTSD. Severe cases can manifest themselves with an outward appearance that something is not quite right. Sometimes you can tell that a veteran suffers from PTSD when you have had a conversation with them. Some appear to be completely normal until an event happens that triggers something in their mind. And yes, sometimes it does take a Medical professional to make a determination. But I would add that no veteran hangs up their uniform at the end of their service, no matter how long, without being mentally changed from when they entered service.

As far as I know I don’t suffer from PTSD. I am not collecting any disability from the military, and my 20 plus years were all in the Coast Guard. Very few people who have not served in the Coast Guard would even think of PTSD or a change in the mental health when thinking of that service. But there are a few things to consider. I have been a part of a crew that had to drag a river for a missing body. We recovered that body and then as we pulled up to the shore, we had to see the family as they waited on their loved one to return. I have been on a crew that was called to respond to a Fishing Vessel that had found a body in their trawl net when they were bringing it in. When we showed up on scene and raised the net clear of the water, the body drained through the net. That person had been missing a few months. But his family had heard that he may have been found and they too were waiting at the dock when we returned.

I have been on hundreds of boardings when Illegal immigrants were trying to get to America. Over 300 people crammed onto a 40 foot boat with no facilities, and surviving under the Caribbean sun for 4 to 6 days. Trust me you cannot imagine the smells or the condition of these people when we arrived on scene. Or the time that one of the immigrant vessels capsized putting over 50 people in the water. To this day I am not certain that all were rescued. With that many people crammed together, no one knew for sure how many started the trip.

I have been concerned for the safety of our cutter and crew when we sailed through 25 -30 foot seas to rescue a crew from a freighter that had lost its steering and eventually sank. We took in 17 men and a cat on that case which lasted for 10 or 12 hours, all the while wondering if we would withstand the seas ourselves.

We serve alongside the other branches in the Middle East or Southwest Asia Theater. A member of the Tactical Law Enforcement community which I was a member of lost his life when a Suicide vessel blew themselves up as his crew was approaching to board. It is a very small community and we all knew each other. I was in Saudi Arabia the day that the Air Force barracks at Khobar Towers in Bahrain was blown up by a truck bomb. I was safely back in Bahrain, but had been there not long before the detonation.

I was a Gunner’s Mate on Active Duty stationed with a number of Navy GM’s who had served and sailed on the USS IOWA, and had transferred just before the tragedy when a gun mount exploded. I shared their loss and attended the service as President George H.W. Bush gave a eulogy at the Norfolk Navy Base.

Do I suffer from PTSD? I don’t believe I do, but am I mentally the same as before I enlisted? Not at all. I get mad quickly at times about things that people would consider trivial. But my anger passes quickly. I get mad at people who live free because of what I and millions of others in the last 239 years have sacrificed for them and they act like idiots. For example, stomping on the very flag I risked it all to serve. Or people who abuse our freedom by wanting everything for nothing after millions have given their very life in service to others. And other things that don’t bother as many people today.

So while not all veterans suffer from PTSD, I believe that we have all had the status of our mental health changed from wearing the uniform. Knowing how many lives I helped to save, or how many drugs I helped keep off of our streets, would I go through it all again? Without a doubt. Many do suffer from PTSD, many cases more severe than others. So I understand those who freak out when fireworks go off, etc. They have seen much more than I have while in combat. But it doesn’t take Combat action to change that mental prospective that many veterans have. So while many of us appear to be quite normal and perform well in society’s eyes, don’t take it for granted that we are just “normal” people, in your wildest dreams you could never come close to understanding what we have seen through our eyes while serving.