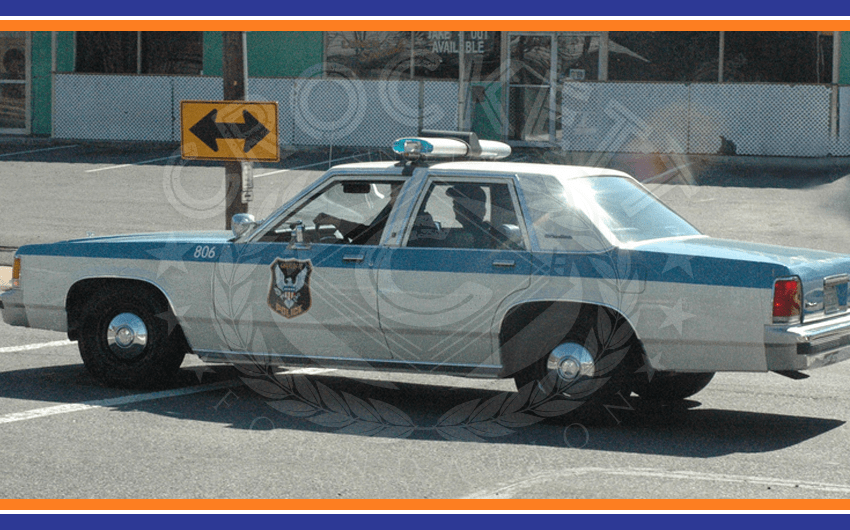 Jim Crockett, Sr. was a mountain of a man but he did not stand a chance against a little, tan, blonde haired, blue eyed girl that refused to get in the car with him. Refused to get in the car until law enforcement confirmed that he had a valid driver’s license. You see one of Big Jim’s many quirks was that he did not drive himself anywhere. Not to the office. Not to the wrestling matches. Not to get his newspaper on Sunday morning. So when he drove up alone in his big 4-door sedan and attempted to take me to his house for the weekend, he could never have envisioned the response.

Jim encouraged his grandchildren to be boisterous and independent but that quickly blew up in his face as he said “get in the car.” There could not have been a more adamant refusal and the fact that Jim’s daughter, Frances, was also ok with this clear violation of NC Department of Motor Vehicles practices made the situation even more unthinkable. Frances just stood there laughing as she watched her father try to negotiate the terms of this car ride with a very determined 6 year old. She knew that he had created this monster and now he had to pay the piper.

“What?!?! Now we can just ride with anyone? There are no rules anymore? Let’s get it together! There are children involved!” I yelled as I slide onto the trunk of the car. Grand Daddy pulled out his driver’s license in an attempt to diffuse the situation quickly and calmly but OH NO that would not be good enough. “How do I know that is real? That doesn’t even look like you!”

Now you would think that at some point this entire situation would become tiresome for Jim but in some ways I think he secretly enjoyed it down deep inside. He enjoyed trying to negotiate an nonnegotiable situation. Leaving me was not an option. He lived for the days when I could come over and play. There was simply only one option and that was to call the Charlotte Police Department.

Keep in mind that, as much as I hate to admit it, this story took place almost 50 years ago. Charlotte was a much smaller town and Big Jim was the King of the Queen City. There was not 911. There was not cell phones. The Charlotte Police Department was not the political animal that it is today. As he calmly went into the house to call the police, I stayed on the trunk just waiting for some kind of reason to be injected into this situation by law enforcement. As I ran through what had just happened in my head, it became quite clear to me in my six year old mind that both my grandfather and mother had run off the rails and having them taken away by the cops was the only option. Clearly the officer’s would see that all the grownups involved were drunk at the very least and bat shit crazy at the very most.

Before too long a squad car pulled into the driveway, and the 2 officers got out of the car. They walked up the driveway and my grandfather met them halfway. Big Jim explained the situation to them as they approached the car. Now these fine officers could have very easily made this a non issue and left but instead they made the biggest presentation they could to prove to me that my grandfather’s license was indeed valid. Held it up to the sun. Breathed on it and shined it on their uniform sleeve. Whispered amongst themselves. They finally, after much deliberation for my benefit, assured me that I was safe to ride with my grandfather and that he did in fact have a valid driver’s license and that he simply did not like to drive not that he couldn’t.

I finally slid off of the trunk as the officers thanked me for being a law abiding citizen and told me how they completely understood why there had been an issue. When I finally climbed into the seat next to him to begin our trip to his house 10 minutes away, he turned to me and asked if I was happy now. “Yep.” was all I said and “Good.” was his response. Jim Crockett Sr. told that story more than once in his life with a gleam in his eye. He definitely had to pay the piper that day but he enjoyed every minute of it.